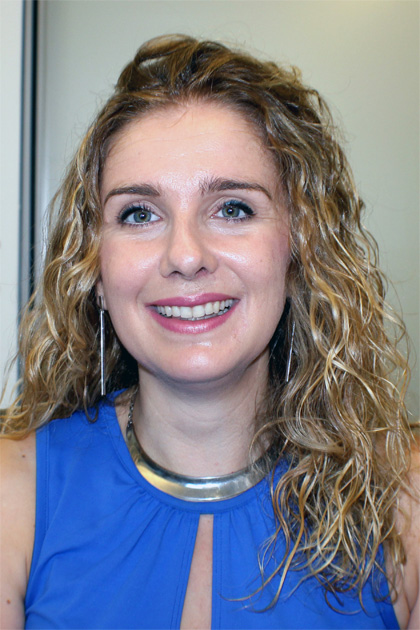 Dr. Diane Re is an Assistant Professor in the Department of Environmental Health Sciences at Columbia University. A native of France, she received her Ph.D. in Neuroscience from the University of Aix-Marseille in 2004. From her early work, Dr. Re has been interested in studying astrocytes, which normally support neuronal survival and transmission and whose importance in the brain is increasingly recognized. Dr. Re’s thesis work showed that in conditions mimicking acute brain insults such as stroke, astrocytes can actually degenerate (Re et al., Journal of Neurochemistry 2003; Re et al., Glia 2006). Dr. Re came to the United States in 2005 to perform her post-doctoral training in the Department of Neurology at Columbia University under the mentorship of Prof. Serge Przedborski. There, she acquired extensive experience in neurodegenerative diseases and animal models with a special emphasis on the adult-onset paralytic disorder Amyotrophic Lateral Sclerosis (ALS). Notably, Dr. Re's post-doctoral work pioneered the notion that in ALS motor neurons are degenerating due to the development of a hostile cellular environment. In particular, astrocytes undergo a transformation from benign supportive cells into potent motor neuron killers (Nagai, Re et al., Nature Neuroscience 2007).

In 2008, Dr. Re was hired as an Associate Research Scientist by the Department of Pathology and Cell Biology and she took the lead of the Motor Neuron Disease Team in Prof. Przedborski’s laboratory at the Motor Neuron Center. There, she continued to unravel the cellular and molecular basis of ALS while progressively developing a particular interest in developing models of the sporadic form of the disease, which account for 90% of cases and may have a strong environmental component. As a new PI at the Motor Neuron Center, Dr. Re’s overarching goal will be to bring new perspectives on the potential environmental/occupational origins of motor neuron diseases and on the importance of gene-environment interactions in their pathogenesis.